Blog - Latest News
You are here: Home / News&Inform / Congjolmi receives the ‘if award’ 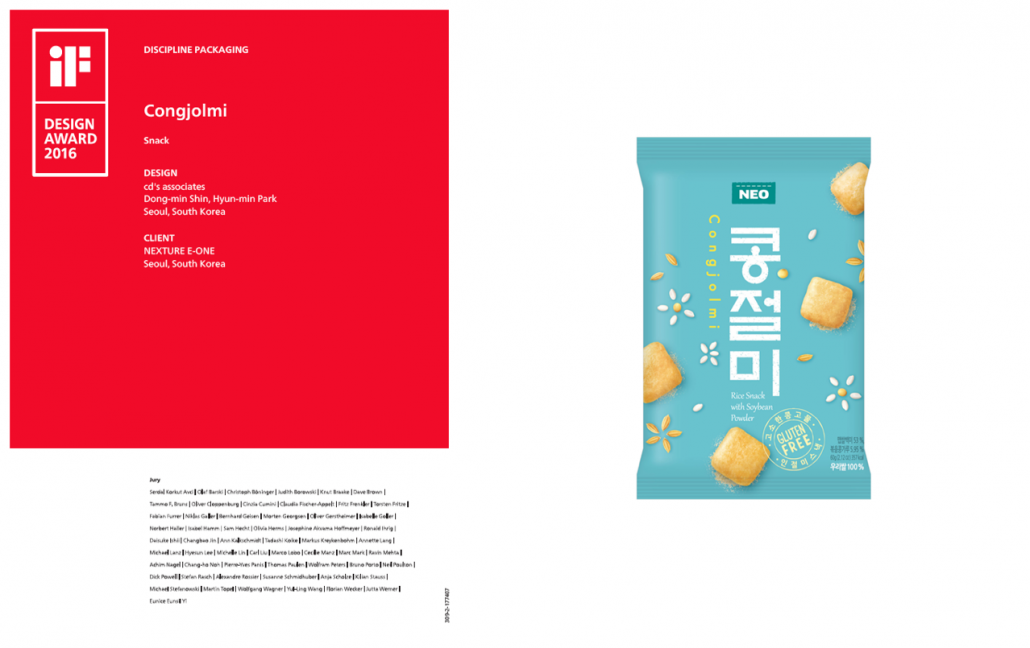 NEXTURE E-ONE’s ‘Congjolmi’ received the ‘if award’, which is one of the world’s 3 grand design graphic awards, for package design discipline.

Design Concept
Congjolmi is made by transforming Korean traditional rice cake called “Injeolmi” in the form of a snack. The design was developed by reinterpreting Korean traditional window lattice patterns in a modern style under the concept “The most Korean thing is the most global.” It attempts to deliver a modern image by arranging healthy ingredients in a geometric pattern. The rich feel of nutty-flavored soy bean powder is maximized by integrating rough textures into the logo. A clean, healthy image is created by using Turkish blue as background color in order to provide a complementary color effect to the product.

Want to join the discussion?
Feel free to contribute!