We participated in this Food Expo Hong Kong first time. The population of Hong Kong is about 7 million. The weather is too hot and humid, so people do not prepare some foods in home, and dine out mostly. Therefore, there are many restaurants, and various foods can be experienced.

During Expo, food expositions were proceeded in most booths, and many people from Hong Kong visited these expositions. Such crowd cannot be seen in Shanghai Expo. All people from Hong Kong seem to gather in the exhibition center. The main booth are packed full. Unfortunately, the booth for Korea was located in 5th floor that was far from the main booth, so people who went to this booth were few, but buyers interested in Korean products went to the booth for Korea, so it was better for companies to have a business talk. 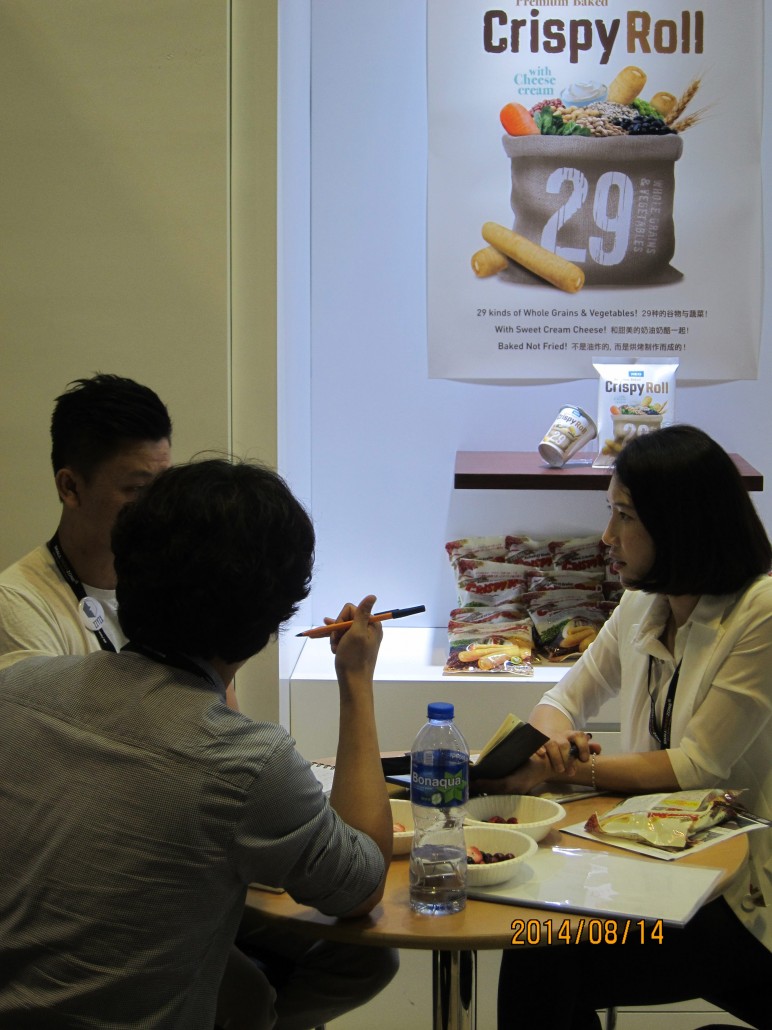 In our booth, many food importers of Hong Kong, China, and Southeast Asia such as the Philippines and Malaysia visited. Exhibits ‘NEO Crispy Roll’ and ‘NEO Berryday’ are newer and healthier than as-found foods, so buyers were very concerned about these products and we can meet with good results of a business talk.

In 2015, we will participated in Food Expo Hong Kong again, and will look forward to the Expo more.

Participation in K-Food Fair at Singapore
Scroll to top